Showing posts from December, 2015
Show All

Here are the links to posts about reading in this blog. 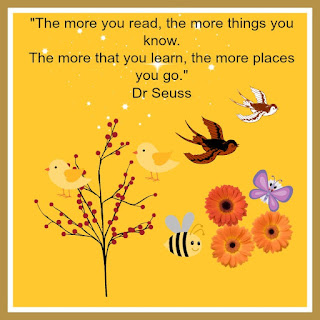 I have decided to group the blog links for six posts that are dedicated to reading advocacy in our schools.


2.     Reading Programmes at School should be supported by a sound school and classroom infrastructure.
In  Six fundamental elements that should form the backbone of your school's reading strategy.  I suggest six elements that schools should consider when they embark on a whole-school reading strategy. These strategies are being implemented by schools where a good reading culture is established.

3.  World Book Day is celebrated by schools.
World Book Day 2015 is one of the highlights on primary school calenda…
Post a comment
Read more

Help children to read more effectively: Expand their cultural experiences of the world. 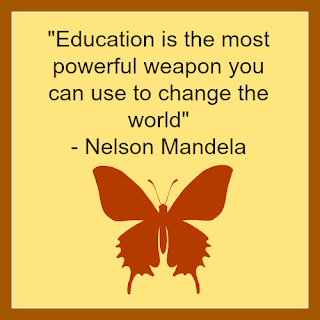 Teaching children to read fluently and with comprehension is a long, complex process that school heads and teachers need to understand.  There are many factors that are involved in becoming proficient readers.


One of the factors that influences children's reading proficiency is the extent of their world knowledge. The greater the children's experiences of the world around them, the better are their chances to comprehend books more effectively.

Build children's cultural capital
Let us focus on how children's limited background knowledge blocks them from developing their reading and comprehension skills.


Children who come from poor homes, are often not exposed to a variety of experiences as children from middle class homes. Their world knowledge is generally restricted to the experiences in their neighborhoods.  Teachers recognize these gaps, but they ascribe the children's lack of knowledge to laziness or an unwillingness to think.


"I was shocked when the chil…
1 comment
Read more

Sun Valley Primary School says no to conventional homework AND yes to a personalized homework policy. 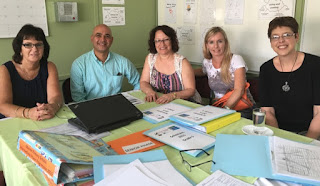 When you speak to Sun Valley Primary School teachers about their shift away from conventional homework, they are unstoppable.

Here is a transcript of our conversation.


Why has the school decided to stop giving homework assignments as we know it?


We felt that giving general homework was not helping to improve learners' performance. We wanted the homework that they received to be more focused and personalized. Not the 'one size fits all' activity that stressed both the parents and the children.


Children also have a full programme besides their classroom teaching. They are involved in sports and extra-mural activities. When they finally get home, they are tired of the long day. Most parents work and there are also parents who aren't able to help their children with the homework so stress levels rise. Parents need to spend quality time with their children. They need to bond with the children and have a family life.


What replaced the homework, if any?

Vote for my blogs in the SA Blog Awards competition if you find them useful and entertaining. 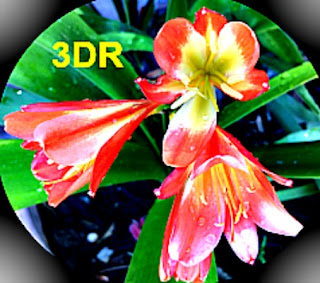 Both my blogs have been entered into the SA Blog Awards 2015.  If you like the content of the blogs, then please vote for my blogs.

Perhaps a brief profile of each blog will help  refresh your memory of the focus of my blogs.

In my lifestyle blog, www.3dreflectionsoflife.com, I generally write about all my experiences and encounters from breakaways, friendships,  family life, to personal nuggets of my own life. Sometimes I ramble on about little things and at other times I am just giving you peek into the real me.


In my educational blog, www.schoolcorridor.com, I focus on school matters. I try to share stories of schools, give advice on management and leadership, human resource management and other school matters. I hope that The School Corridor Tatler will become a useful resource for school managers and their SMT teams. I wish I had more time to write posts but perhaps in the future, I will be able to generate far more posts than I do now.

I was privileged to attend the prize giving ceremonies at Delta Primary School and Floreat Primary School during the second last week of this school year.


This was the inaugural prize giving ceremony at Delta, one of the innovations that their new principal, Hilton Palanyandi, introduced. Another first for the school is their school choir. As a fledgling choir, the number of members is impressive.
"When the choir started, there were only thirteen  learners. Now the choir mistress has difficulty keeping the choir a decent size because of the growing interest," said Hilton Palanyandi.

The school's cadet drill squad also showed off their drilling skills at the ceremony. The master of ceremonies thanked the group and then proceeded with the programme. He looked surprised that the drill squad was not moving off the stage. Eventually one of the drill captains whispered to him," we need to march off, Sir." So much for d…
Post a comment
Read more

When children from poor schools dramatize their lived experiences, they are not only entertaining us. 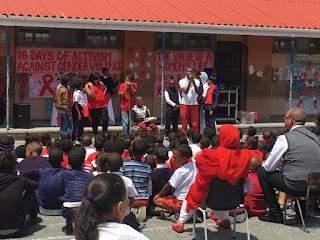 The format of Levana Primary School's HIV/Aids Day celebrations was typical of school-themed festivals. There were drama skits, poetry reading, singing and dancing by the children. Because we also celebrate the 16 Days of Activism against Gender Violence, the school made this campaign part of their festival.

The impact of  Levana's show was the delivery of the  social message that was driven home by these young, unschooled actors. When these children dramatize their lived experiences, they blur the lines between fact and fiction. They are inadvertently sharing something far deeper with us.

There is no doubt that the children absorb the traumas of their neighbourhood. The children effortlessly slipped into their roles as violent, domestic abusers, gangsters and aimless, drug-dependent  dropouts who recruit and seduce boys and girls. They spat out their angry words almost from memory. I was gobsmacked.


Thankfully, the children directed the same intensity when they repeatedly so…
Post a comment
Read more
More posts