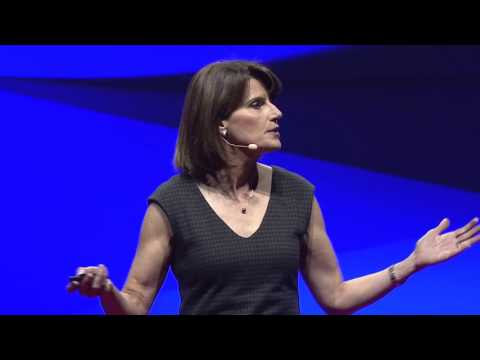 Our brains are growing and changing all the time. I have just watched the two TED videos on Doctor Lara Boyd's discussion of how amazing our brain is. In her informative and entertaining talks that I have attached below, Dr Lara Boyd will make anybody excited about the unlimited potential our brains have to change and how our behaviour shapes the extent to which our brain changes. Our brains are super plastic, amazingly adaptable and just waiting for us to reach great heights. Our brains want us to work hard to become super-charged. But, therein lies the rub: we have to do the work. Although our brains are super plastic and amazingly adaptable, we are responsible to develop our brains. We need to put in the long, hard hours to turn us into the brilliant writer, sportsman, scientist, musician, teacher, artist - anything we desire. The only thing standing between ourselves and our learning is whether we are motivated sufficiently to achieve our dreams. What ever you do
1 comment
Read more

The Social Worker component at our education district launched our Child Protection and Youth Month campaign. The sad reality is that our children are extremely vulnerable and they are subjected to all forms of abuse, neglect and sexual abuse. We were reminded that our children are entrusted to us; that it is our legal and moral responsibility to protect our children against all forms of abuse. Glen van Harte delivering his keynote address. Our district director, Glen van Harte, said, "We need to recommit and reenergize ourselves to look after our children. We have to watch our language. Language has the ability to leave scars that are often far more damaging than physical scars. We have to mediate the language we use with one another and with children. We need to be mindful of the relationships we have with one another and with our teachers. It is also important to look after ourselves so that we can look after our children." Lucinda Pelston, our Sen
7 comments
Read more 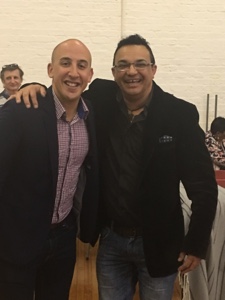 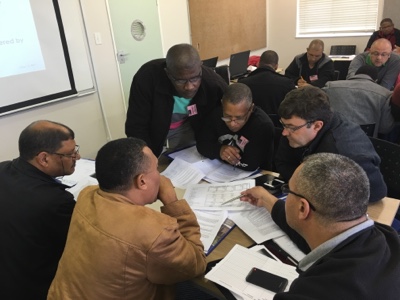 I am always full of admiration for teachers who attend holiday courses. Today I loved engaging a group of mainly deputy principals who are putting up their hands and saying: i want to lead a school and make an impact." If you create an environment for people to learn from peers, they share freely. During our session today, participants eagerly shared tried and tested strategies on how to build school libraries, how to manage safety and security at schools and so forth.  What I pick up during these presentations is that schools don't provide enough opportunities for SMT members to engage financial management issues at schools. Another oversight is that SMTs don't really study circulars and share their insights with the staff and themselves.  If we want to cultivate well informed principals and senior management staff, we need to expose them to the high level organizational and management structures and systems. This is what mentorship and sposorship are all about. I hope th
Post a comment
Read more 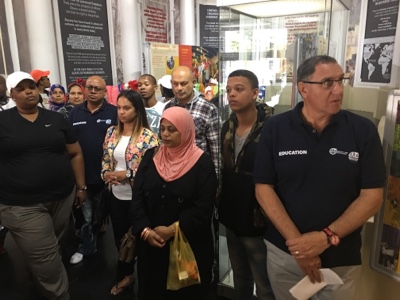 Every Capetonian, in fact, every South African, should visit the Iziko Slave Lodge near the Cape Town Company Gardens. Today, our education district, accompanied by learners from Aloe Secondary School, commemorated Human Rights Day by touring the Slave Lodge. Listening to the Slave history Be warned. The experience can be emotional as you confront our history from the the Cape's role in the Indian slave trade route to the bitter struggle to free South Africa from the clutches of Apartheid. Aloe Secondary School learners with from left: Dhanan Naidoo, Annette Fella and Glen van Harte, Director of MSED Our tour guides, coordinated by Nadjwa Damon, the Social History Educator at Iziko museums, ensured that the experience of our heritage was soul-enriching. Nadjwa narrated our slave history sensitively,  enhancing our knowledge of our rich past and acknowledging those experiences which we have shared in our lifetime. We were given time to absorb the information and to
Post a comment
Read more 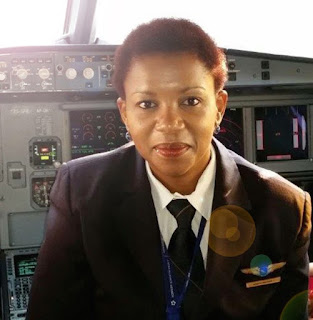