As part of our celebration of Nelson Mandela's 95th birthday, we decided to reach out to our elders.
Learners were asked to donate toiletries and educators were asked to donate socks.
We were overwhelmed by the outpouring of goodwill from our parents and members of staff.  We collected an enormous amount of toiletries, socks, scarfs, gift bags etc.
﻿
﻿

From these we made up gift packets for the elderly who reside at Village Aged Centre in St. Montague Village in Lavender Hill. Each class had a representative who assisted with putting together the gift packets, under the supervision of our general assistant (Mrs. Ockhuis).
After school a group of seven learners, Mrs. Ockhuis, Mrs. E. Williams and I went to the the Village Aged Centre.
There we met with Valencia, the centre's head. She directed us to the dining room where we met the residents of the centre, who were quite overwhelmed that they were receiving gifts from especially children from their own community. 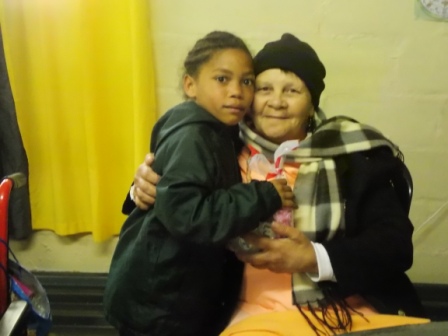 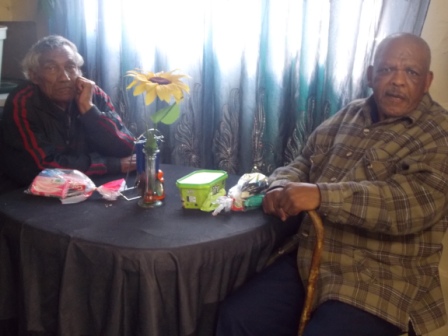 ﻿
After we were welcomed by Valencia, I gave a short explanation to the residents for the purpose of our visit. Mrs. E. Williams led a session of chorus singing, read Ps.23. (Amazingly many of the elderly were able to recite the Psalm as Mrs. Williams was reading it. Their ages ranging from early 60s to 93. This was awesome.), and saying a prayer.
The learners then proceeded to hand out the gift packets to the residents of the Village Aged Centre, who were quite emotional and very happy to receive these gift packets from the learners.
A word of thanks was said by the eldest resident of the centre. We bid them farewell and headed back to school, bubbling over with emotions of joy, amazement and tremendous pride.
I think that is what Mandela meant. Giving really makes the giver feel good or better about him or her. 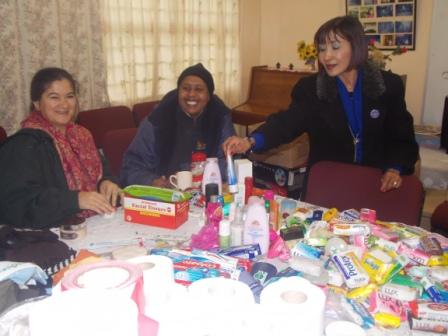