Go to class now, the shooting is over for this morning in Lavender Hill

Term 2 of this year has started just two days ago. And so has the shooting between two rival gangs in the Lavender Hill area. This morning was no different. In the Lavender Hill township, learning, looking for employment and dodging bullets are par for the course.

At about eight o clock this morning, while the learners were walking to school, gunshots were fired from one block of flats to another block of flats further north. Only an open field of about 500m separates these blocks of flats. This very field is the one that the learners of the primary schools of Levana and Hillwood and Lavender Hill High school use to get to school on time. Between the three schools the learner pedestrian traffic is in the region of 3 600 learners. When the children leave their homes in the morning, they become moving targets, already at risk less than 500m from home or school.

When I arrived at Hillwood Primary school to attend their Anti-bully Pledge ceremony, I was welcomed with the following words: "We are so glad you missed it. They were shooting here just a while ago."

Huh? Worried about my safety? What about themselves, the learners and the teachers? The parents?

Quite a few of the people, including the security personnel and parents, wanted to share their experience with me. The shooting dominated our exchange of pleasantries.

" All of a sudden, they started shooting and the children started running. We just left our gates open and the children came running in, screaming. Now you must also watch that they don't fall or push one another. The Lavender Hill High children also came running in. I just said: Go, go... Get out of the way... Find a classroom, just go. Mommies were running around, probably trying to see if their children were off the field. When the police came, they stood in the middle of the field, but the guys just went on shooting."

The school was absolutely quiet because teaching is in full swing. I heard what sounded like dull gunshots coming from the back area of the school. Are those gunshots, I asked Lionel Slinger,the Acting Principal. Lionel gave a wry smile and a stifled giggle escaped from him.

"No, no, "he said. "That is a boy making gunshots sounds with a blackboard duster. He is beating out the dust to the rhythm of the gunshots we heard this morning. They do that often or they would mimic the movements and sounds of panic of the crowd running from the gunfire."

It was time to honour the 250 learners who participated in the Anti-bullying Programme that was run by Bounce Back Community organisation. Learners - ranging from grade 3 to grade 7 - have been part of this 20-session Programme that was started last year at the school. According to the principal and the Bounce Back facilitators, the Grade 3 learners are the ones most vulnerable to the culture of bullying. We were also told that the Grade Rs and the Grade 1s have a high incidence of bullying where spontaneous pushing and shoving one another are seen as normal play.

Our guests of honour- the 250 learners - looked impeccable in their green uniform. They clearly remembered the five pillars of active citizenship: respect, responsibility, trustworthy, fairness and caring. There on the pledge canvas, each of the learners boldly dipped their thumbs into the rainbow miniature paint pots and made their commitment to build caring communities at their school. One by one, in a dignified manner and with broad smiles, each one proceeded to make their mark against bullying.

When you are blessed to see such manifestations of hope and resilience, you know why you cannot relax on pushing and demanding the quality education agenda that is imperative for such schools. There is no other alternative. Unless you want these children to be standing with the firing guns at opposite ends of the naked field in a few years' time. 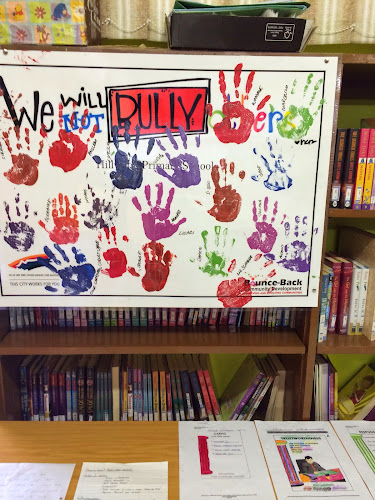 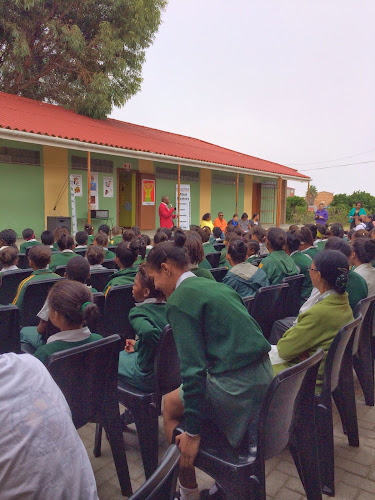 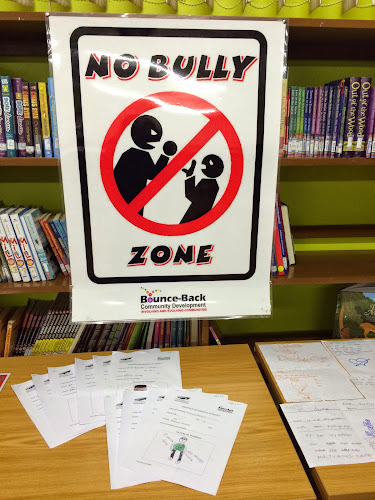