Colleen, our Foundation Phase Subject Adviser, takes her bags but leaves a rich legacy behind. 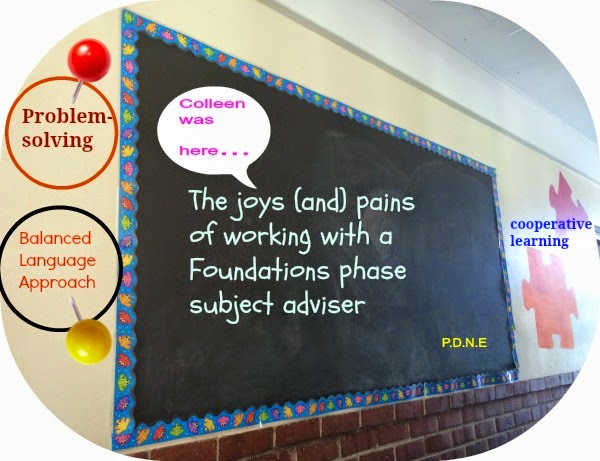 The day I reported to Fish Hoek Education Circuit office as my new workplace, I should have smelt a rat when I saw the truckload of bags with a blonde head moving into the building. My goodness, I remember thinking, is this what I was going to morph into?  The bags plonked themselves on the floor in the conference room and in their place, stood Colleen, my new colleague, the Foundation phase subject adviser that I would be working with for the next six years!

As time passed,  I realized THE BAGS are the South African curriculum in motion. Over the years, THE BAGS, like our curriculum, adapted to the change, without losing their volume, though. Their contents writhed and grappled with the change from plain Jane NCS and its Gazette, 29626, that prescribed the requirements for progression in the GET band, to CAPS Gazette, 34600. Where Colleen went, THE BAGS followed.


It was during our circuit meetings that these BAGS dominated our space. When it was Colleen's turn to speak, we prepared ourselves for a marathon run.   Then the ritual unfolded. Her eagle-spread notebook with pen held at a 45 degree angle was in position. Deep breath first. Then,  she would swirl her words around a few times and drop them slowly on to the conference table. As the words fell one by one, she would make a half-turn, bend down,  extend her hand into one of THE BAGS, whip out a document and then continue with her speech:


" And I gave all the schools copies of the Survival Guide to the Foundation Phase CAPS at our CSF last month and we will be having our Reading Symposium next term because we only have 20 days left before Term 3 ends.  And here ( head now almost under the table) are copies of the reports I gave the school about my last visit... And I really don't know when we are supposed to fit in all these workshops. The teachers are tired and..."


Confession time: we too were exhausted by the time Colleen finished, but the detailed information we received was like gold. There was no way that we would have acquired all that richness without her.  More importantly, we could use the knowledge to tailor our own support to the Foundation phase and the SMT of the schools.


That, dear friends, is  the magical power of THE BAGS, a physical symbol of the expertise, competence and knowledge that Colleen possesses. Over the years she has earned herself the reputation of being an outstanding Foundation Phase Subject Adviser to the 24 primary schools we serve.


It would be  a serious oversight if we do not give our evidence-based colleague a report card as she leaves us with her rich legacy to explore new possibilities. Thus, after much deliberation, including consultations with THE BAGS, we have agreed that Colleen deserves the following CAPS progress report: 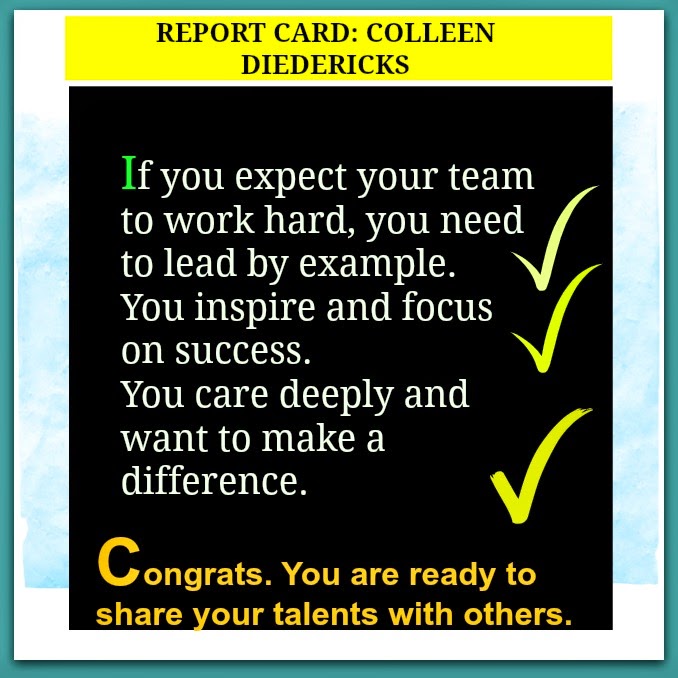 Go well, Colleen  and enjoy making a difference in your new environment.