I enjoy meeting young people. This week I met a professional boxer, Ashton Whiteboy. Ashton came to our offices to help resolve the internet problems we were experiencing. He struggled to find the problem for a while so I made small talk to pass the time.

Ashton attended Westridge High school in Mitchell's Plain. After sharing some experiences about his school and the Mitchell's Plain area, our conversation shifted to his plans for the future.

"I want to become a professional boxer," Ashton said.

This response came as quite a surprise to me. Of all the possible career paths out there, this young man has chosen to be a boxer. In my head, I just saw mashed faces and jabs flying all over the place. Why has he decided to become a boxer, I asked.

" I come from a family of boxers. My dad who is now my coach, used to be a boxer. I used to go to the gym with him when he used to train. When I was about fourteen, I became interested in becoming a boxer. I was also the boxing champion of the Western Province Boxing Championship in my teens. I have been a professional boxer for the past two years now. Of the five fights as a professional in the lightweight division, I have won three and lost two, " explained Ashton. "I want to train harder and fight more do that I can be ranked. Once you are ranked, you get better exposure."

When Ashton had finally succeeded in getting me connected to the internet, he punched the air with excitement. I then asked him to show me a few boxing jabs and without hesitation, my office became a sparring arena. There in the office, I watched an animated boxer punching the invisible sparring partner. I wanted him to explain the various boxing punches while he demonstrated.

" This a left hook, this is a right hook and this one, my favourite, is the upper cut, " Ashton explained. You have to watch your opponent closely. You must watch his moves, anticipate what he is going to do and then look for the gap to land your punch. You must be physically and mentally alert at all times."

Ashton's story was interesting. It is fascinating to discover what makes the youth tick. One often hears that today's youth is aimless and that they are not motivated. I think we should spend more time in the company of young people so that we can hear their amazing stories. 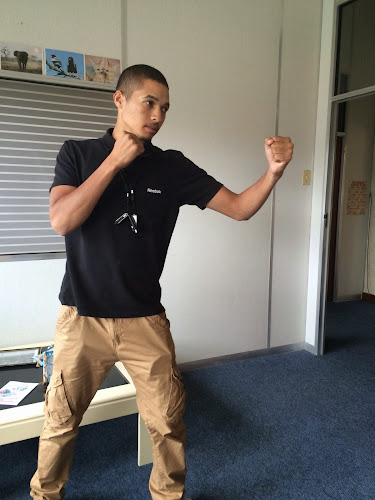 Sometime in the future we might see Ashton on our television screens, or as we move into the sophisticated high- tech era , his boxing matches may be streamed live on our tablets or phones!