Imagine my surprise when I saw Grant, one of my past students at Grassy Park High, preparing sushi! Grant a reserved young man - as he was at school as well - looked bemused and slightly taken aback by the flood of questions I asked him. Never in my wildest dreams did I picture Grant as a chef in the first place.

Grant's colleague, Marwaan, was equally amused by the conversation which centred on Grant's occupation. My head was already well over the sushi bar counter at Pick 'n Pay. I wanted to see how Grant was preparing the California rolls and other sushi delicacies that have names I can never remember. He was preparing the shape of a hotdog length- sized California roll, to be cut into the bite sizes. 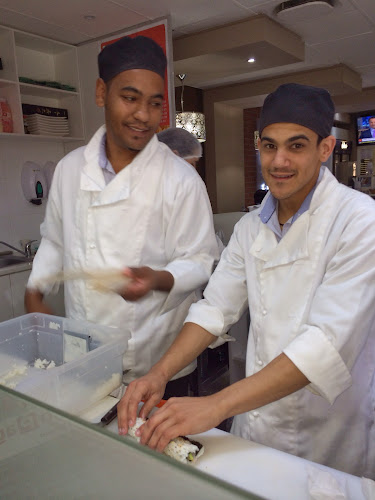 How did both of them become Sushi chefs, I asked? Wasn't it difficult to learn how to make sushi?. I noticed even the cashier was hovering around to follow this conversation. Marwaan responded first.

"I used to work in the bakery at Pick 'n Pay before then I asked to be transferred to the sushi bar here. I was taught by James who was a very good sushi chef. It took me three days to master the sushi-making process. It depends entirely how eager you are to learn and whether you can learn fast. Grant took much longer, though. I don't think he was as enthusiastic as I was in the beginning, " explained Marwaan.

Grant just smiled, continuing to cut the California rolls. I suspect he was only too happy that Marwaan was keeping his ex-teacher occupied. When both us looked at him, he realized it was his turn to pick up the story.

"Yes, I took longer. I think it took me about three months to get used to working with sushi. Maybe I am not a fast learner. But now I know what to do."

Marwaan is the chatterbox. He seemed to enjoy this talk.

" Grant was a trolley-boy before this. I brought him in here. We are friends and I thought he would be better off here, learning how to make Sushi. Right,Grant?"

Of course, Grant agreed. The two friends obviously had a good rapport and there was an acceptance of their interdependence. Here were two young men who demonstrated how to empower your fellowmen. There was no display of selfishness, of just looking after yourself and preventing others from finding new opportunities. These two seemed to understand this principle of ubuntu and perhaps more powerfully, putting it into practice.

I also learned that Marwaan attended Spine Road High school in Mitchell's Plain. This is such a coincidence because I had just met Marwaan's classmate, Faeez, the previous day. Marwaan laughed when he heard this and confirmed that Faeez was indeed naughty when they were still at school.

When my sushi platter was ready, we wrapped up our conversation. The sushi chefs indulged me with a photo shoot and then off I went, pushing my own trolley and a warm feeling in my soul. 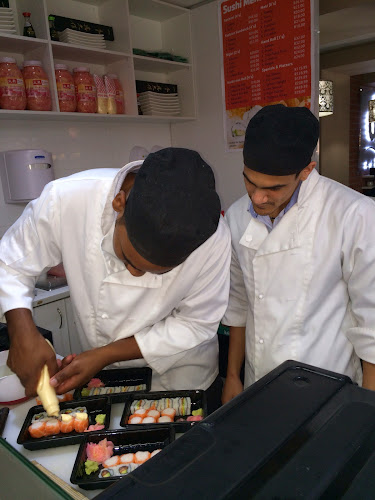 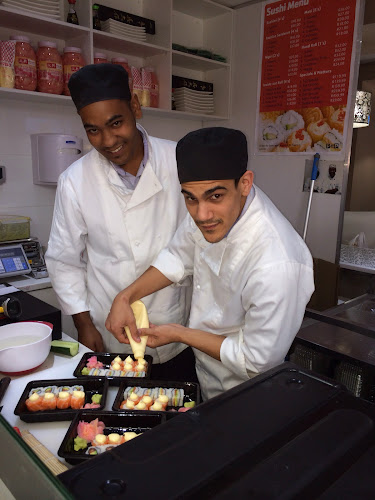