Conversations in the midst of the Lavender Hill Gang violence 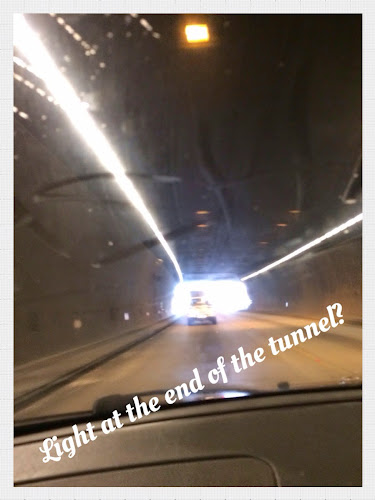 The Elders sat and listened ...

A fundamental concern for others in our individual and community lives would go a long way in making the world the better place we so passionately dreamt of. Nelson Mandela.

The taxi violence (and gang and drugs impact) have escalated in the Vrygrond and Lavender Hill areas and this is having a serious impact on our work.

Yesterday (TUES) I had to shift the venue for our Maths workshop because of the killings in Vrygrond and the threat to teachers’ safety.

Today (WED) I was at Zerilda Park at 08.15am. The situation and mood was already tense in the area. From early the morning, parents were frantically fetching their children. Roads were closed near the school. Michael was also at the school. We asked the school to keep a record of learners leaving and to let parents sign when they pick up their children. The principal, Ms Engledoe, kept the learners who remained until dismissal times (FP and IP) and the police were visible at these times.

Michele and I had arranged a workshop with 10 schools at Zerilda Park for the afternoon (WED) but the violence persisted and we were forced to cancel. This also meant the caterer was cancelled at quite short notice.

I received a call tonight from Mrs Hassen, the Principal of Capricorn. She asked me not to come into the area tomorrow (THUR) and therefore to cancel my planned visit to the school. She will get to school very early to assess the situation at her school but they are expecting more of this tomorrow. Her teachers are traumatised already.

Teachers, learners and parents are seriously affected by the current killings in these areas. Being in the midst of it today made me more aware of the trying, stressful situations our teachers are under.

What are we going to do?

"Our children are our greatest treasure. They are our future. Those who abuse them tear at the fabric of our society and weaken our nation. Nelson Mandela.

Just to update you on the situation in Capricorn:

> -He could not guarantee our safety....

> -My teachers are all traumatised...unsure of attendance of both staff and learners

"Education is the great engine of personal development. It is through education that the daughter of a peasant can become a doctor, that the son of a mineworker can become the head of the mine, that a child of farm workers can become the president of a great nation. It is what we make out of what we have, not what we are given, that separates one person from another." N.R. Mandela

Good evening Colleagues What can one say ? I was at Hillwood and was told I had just missed the shooting coming from the flats by a few minutes. Parents were also congregating there, waiting for their children.

Lionel Slinger was restless all the time. During interval, the learners were told to play on the far side of the school facing the informal settlement.

The meeting we had scheduled had to be cut short. You could sense the tension hanging in the air.

At Steenberg Primary, the teachers told me that the learners were hyped up and unsettled. Apparently Overcome Heights was like a war zone. Many of the kids know the people who were killed. Glenda said she had to read a few stories to calm her kids who were so hyped up. And to crown it all, Terence was assaulted by a Grade 7 learner who threatened to bring gang members to sort him out. Imagine having chairs thrown at you by a child! Terence called me in the evening to report this incident. When I saw him today, I could see the strain .

Even Harmony and Sibelius were affected by the violence... The police were very helpful, giving info and escorting learners. Blouvlei had to drop their kids at Pick n Pay for the past 2 days. They can't enter the area with their branded vehicles.

The situation is tense and volatile. The irony is that the schools just plod along, worried about ANA forms and schedules. And, they are more concerned about our safety, telling me to watch out and leave the area because of the threat to my life!

Lavender Hill is under siege..

We have to look at what we can do.

"Our children are the rock on which our future will be built, our greatest asset as a nation. They will be the leaders of our country, the creators of our national wealth, those who care for and protect our people." Madiba

Dear S. ..we have had an uneventful day....4 educators absent...only 108 learners present. I am attending a meeting in Overcome this afternoon....on invitation from ward councillor Shaun August. School dismissed at 13h45....educators off to Muizenberg Jnr for the Maths Seminar.

"What counts in life is not the mere fact that we have lived. It is what difference we have made to the lives of others that will determine the significance of the life we lead." - Nelson Mandela at the 90th birthday celebration of Walter Sisulu, Walter Sisulu Hall, Johannesburg,18 May 2002.