I was part of a Leadership Camp for the Representative Council of learners (RCL) this weekend. Almost 100 students from the various high schools in our district participated in this leadership camp. Everybody was cheerful and in no time, the youngsters were bonding. Such spontaneity!

Irigena, a Heathfield High school learner, and the two learners from Muizenberg High school, Stefan and Robin, were the first to arrive. I had met Stefan and Robin the previous week at our SGB Development and Training session. We chatted a bit and then we agreed that they would manage the registration of the learners who would be arriving by bus. Without any fanfare, these three Grade 12s started organizing themselves. They displayed such comraderie while performing their task. By the time they had completed the attendance registers, they could tell us exactly how many delegates we had and how many were substitutes.

Even the most rebellious learner can become your best resource

The above illustrates how adept our young people are and how, when given a chance, would contribute to the success of an event. Young people want to be given opportunities to lead. They want to be empowered. They will grab at most opportunities to sharpen their skills and assist where they can. The only things we have to do is create the environment for the youth to use their skills. So, why are we so reluctant to allow the young to grow their leadership wings and fly?

Often we place barriers in the youth's path unknowingly. We would use whatever negative behaviour they display to justify our actions. During our session with our our Teacher Liaison Officers (TLOs), many of them raised the issue of the learners voting in "unsuitable" candidates. Because the learners have voting rights when electing RCL members, the teachers have very little influence or say. According to the educators, the learners would vote for "popular" kids, usually those who display anti-social behaviour. Listen to what one of their colleagues had to say:

"We had the same problem at our school. One of our RCL members was a drug user and the teachers almost freaked out. The, this same boy was elected as the chairperson of the RCL. This upset most of the teachers.Even our principal wanted to step in and overturn the RCL's decision, but I objected and said I would manage the situation. I built up a good relationship with the young man and we then addressed the drug problem at the school. With his help and with strategies we put in place, we have reduced the abuse of drugs at the school. We have even succeeded in bringing on board learners who belong to gangs in order to help us fight that evil as well. It is working for us. We used his energy and need for leadership in this way."

This poignant story gripped all of us. As the TLO was relating this good practice, her colleagues who had expressed their helplessness over their apparent lack of control, visibly lightened up. Here was the answer: suspend judgement, create a structured, yet enabling space for the youth and the results may amaze us!

When I arrived at the camp site this morning, a group of youngsters having breakfast, greeted me warmly, as if they had known me for ages. When I enquired how their first day was, one of the boys said:

"Miss, are you guys going to arrange a reunion for us? We have just met one another and within a few hours, we are going to have to say goodbye again. We had so much fun and really enjoyed last night's stargazing ; it was crazy!"

I laughed at his suggestion of a reunion but advised them to take down each others' contact details and organise one for later in the year. I could hear unrestrained chatter and laughter coming from all quarters of the quad where groups of learners congregated. Not even the soft drizzle could dampen their spirits.

Do we have what it takes to transform our young people?

Most of the learners on camp hail from disadvantaged homes. Often we tend to pigeonhole them too, without realizing it. We would often take the easier route to help us deal with all their anti-social behaviours by further entrenching the kinds of punitive sanctions they would experience in their environments.

For example, many of these learners don't have a voice at home or do not participate in conversations with their family members. Often, the only people who will allow them to laugh, express themselves and see them as individuals are those who run the gangs or the gang houses. This is where they find comraderie, friendship and an identity. Ironically, the enabling spaces are often in the underground.

Interestingly, these are also the spaces where rigid, authoritarian organisational structures are upheld and enforced. Here the youngsters learn the carrot-and-stick discipline and they see how the abuse of power instills fear, yet you gain respect and followers. Now, this is not what we want, do we?

Push back strategies are our only hope

We are obligated to empower our youth, especially those who are scarred psychologically by the environment they come from. We have to break the stranglehold of the negative forces that exploit the vulnerability of our young people.

We can help to transform our youth, one step at a time. The process is arduous, the rewards are often visible only after multiple interventions and truck loads of energy, resilience and time from us, the adults. Unfortunately, there are no shortcuts because we are fighting back against generational destructive cultural practices and behaviours.

This is why we need to create and maximize all opportunities consistently and relentlessly, for young people to be exposed to positive situations. We have to place learners in situations where they can help to develop themselves, one small step at a time.

It is our and their only saving grace. Do you agree? 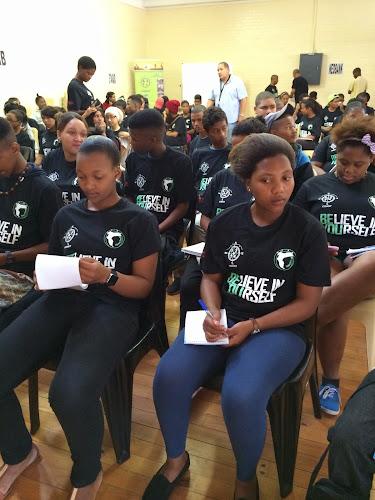 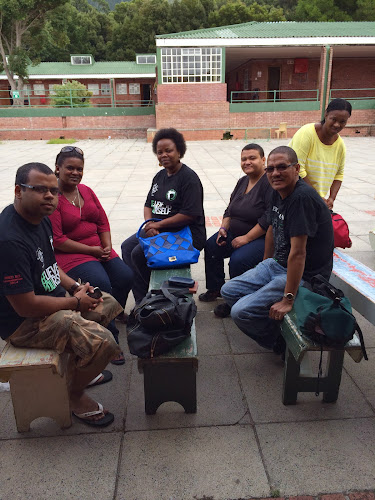