An injured ringed dove is given TLC by a caring janitor 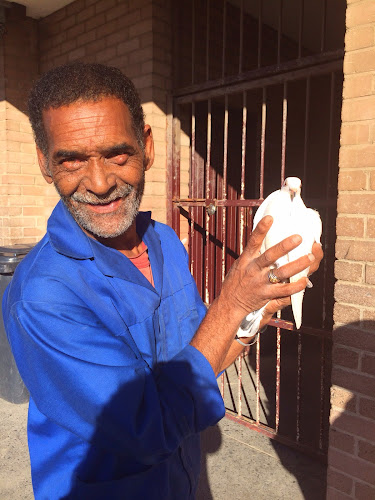 Mr Cogill, one of the janitors at Levana Primary school had another duty added to his weekend roster: looking after an injured ringed dove. The dove was stroked ever so tenderly by its carer. I saw the pair standing on the stoep in the sun on Saturday morning. The dove was cupped in Mr Cogill's rather large hands for such a small framed man. 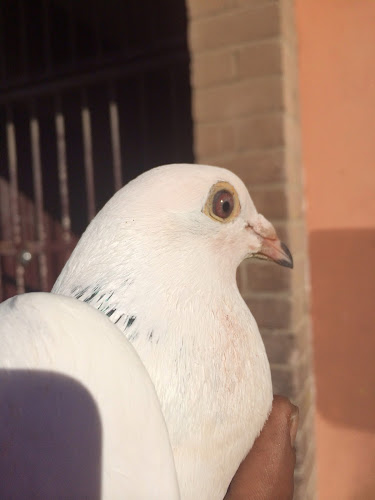 Apparently children pelted stones at the harmless bird. Mr Cogill found the bird on the school's premises and nursed it, creating a warm bed for the injured bird in his store room. Because the weather was good, Mr Cogill decided to stand in the sun with 'Dove 4552'. There is a nasty hole just under its wing where the wing joins the body. If only the children knew their idea of fun - throwing stones at birds - is a cruel sport.

The ring on the dove contained key information. I visited the Sonpo website as indicated on the ring to see if we could track the owner of Dove 4552. I learned that the country of origin also features on the ring. So, having found the ZA initials, we knew we were dealing with a South African dove,home to one of the breeders right here on our doorstep. I tried not to pay too much attention to the negative information I read about lost ringed birds. According to a few websites, breeders will kill an injured ringed bird if it is useless to them and they won't make an effort to fetch an injured bird if it wasn't one of their star performers. 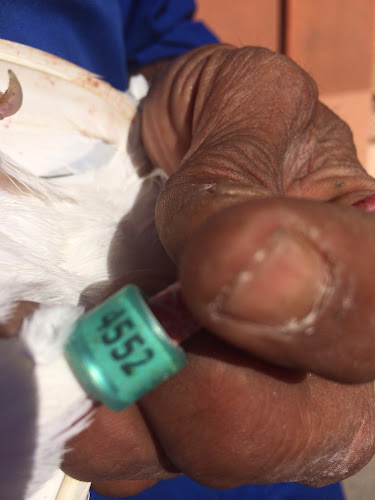 Eventually I mailed someone on Sonpo's contact list and to date, no one has responded to my calls nor the e-mail. I hope Dove 4552's owner at least makes the contact, if only to let Mr Cogill know that the dove is now the owner of the finder.